Previous Next
Kokanee are one of the Northwest's greatest treasures. If you've got a hankering for smoked salmon but the big boys aren't running, you can always head down to your local lake and get your limit. Kokanee are landlocked sockeye salmon; they tend to prefer cold, clear water with plenty of krill to feed on. They are smaller than their ocean going relatives but still incredibly tasty. Smoked kokanee is always a special treat for Northwesterners. Some lakes are stocked, others have naturally reproducing populations. Clear Lake, American Lake, and Alder Lake all come to mind for anglers looking to catch these tasty fish. One lake in particular should be on your radar that you might not expect: Lake Washington.

Not many anglers know that Lake Washington boasts huge kokanee. Most do know this lake has sockeye salmon, the ocean going variant of kokanee. Because both kokanee and sockeye run in the lake, anything under 18 inches is legally considered a kokanee. Anything over this is considered a sockeye and must be released. 15 and 16 inch kokanee are not uncommon here; in most other lakes, 9-12 inches is the average. These fish roam the depths of this massive lake feasting on krill and reaching enormous sizes.

It's a mystery what exactly Lake Washington kokanee are, and where they come from. A University of Washington scholar by the name of Jeffrey Jensen is doing research on the genetic history of these fish. According to Jensen, before 1917, lake bound kokanee were much more prominent than sockeye in this lake. There were several attempts to plant kokanee from Cultus Lake, Lake Whatcom, and Baker Lake. Some attempts were more successful than others. The Baker Lake plants did eventually take hold, but the Cultus Lake plants were unsuccessful. Millions of fish were planted from Whatcom Lake but did not successfully interbreed with the native kokanee. The last attempts were in the 1930's.

Intrigued by the intermingling of sockeye and kokanee plants, Jensen has been doing research since 2012 on Lake Washington kokanee. Using preserved kokanee heads from the 1880's, he is able to compare genetic material with donated heads from anglers in more recent years. Management of the lake operates under the assumption that the "kokanee" in Lake Washington are introduced sockeye that do not go to sea to spawn with the rest of their ocean going cousins. Jensen refers to these kokanee as "residuals". They spawn at the same time as the sockeye, and can interbreed with them, interestingly enough. Spawning is restricted to only a few streams around Lake Sammamish for residuals, particularly Bear Creek.

Jensen's focus is on fish that spawn after the sockeye and "residual" spawn. These "mystery nerka", as he calls them, could be remnants of introduced kokanee, or they could be a newly evolving species. Adding to the mystery, they do not interbreed with the residuals nor the sockeye. In 2011 and 2017 there were unusually large runs of mystery nerka. There is a gap in the research between 2013 and 2016. None were seen in 2018. 2019 saw a poor sockeye run; Jensen hoped to see a good amount of mystery nerka, but was disappointed. He only saw residuals spawning, no mystery nerka.

As for 2020, Jensen predicts another poor sockeye run and a good residual run in October. He has noticed that mystery nerka tend to run on a three year cycle: runs were good in 2011, 2014, and 2017, so he hopes for a good run this year. Unfortunately, otter predation has impacted the reliability of this research. There is a large otter population on Bear Creek, where he does much of his sampling. He has had to resort to finding kokanee samples in otter scat for his genetic research. Research is still ongoing, but so far evidence seems to point towards selection for kokanee who stay in the lake and do not go out to sea. Lake conditions seem to be more favorable than ocean conditions, evidenced by the reduced run of sockeye and increased residual run. If this hypothesis holds true, there will be many more kokanee in Lake Washington for anglers to catch.

If you're looking to get involved, Jensen is setting up a citizen-science salmon reporting website for Lake Washington and Lake Sammamish. If we can learn more about these kokanee, we can better understand how to manage their population and enjoy fishing for them for years to come.

How does one target these kokanee in Lake Washington? Pretty much the same as any other kokanee-holding lake. The same gear and trolling techniques will get you into these fish, and they can be found from one end of the lake to the other. A good source of information are the angler generated fishing reports on NorthwestFishingReports.com. Do a search on Lake Washington and select kokanee for species in the search. You'll find lots of good tips and information to get you started on your Lake Washington kokanee adventures! 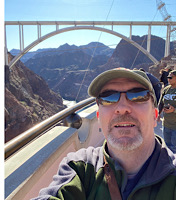 8/18/2020 6:58:36 PM
Excellent article Hannah. Jeff is quite a guy and a hoot to talk to. His commitment to his projects is energetic to say the least. Ask him about his surf perch research sometime.?