Finally got all over em today! I got on two patterns and just did laps switching between the two for about five hours. I started near the launch and was surprised to see the water as clear as it was given the 60* water temps should mean an algae bloom is imminent on this lake!

I started out with the swim jig and due to the presence of actual sunshine and therefore light penetration I decided to switch to a spinnerbait for more flash. Trout were rising everywhere and so were the small bluegill and sunfish that inhabit this lake. The presence of the small panfish convinced me to switch back to the swim jig as I feel the spinnerbaits have more of a perch vibe to them. I worked much of the north shore heading east without a nibble, even tried jigs and worms to no avail. I was however seeing males cruising and occasionally would bump one in about five feet of water and see them swim off so I knew it was only a matter of figuring out how they wanted what.

After fishing the docks by the creek I pulled up and motored for the SE corner around a trout guy. Not two casts in and I had my first one on. Casting parallel to the bank I hooked the little 1.5lb male. Two casts later and number two was inbound and went 3lbs. I've experienced this before on this lake and it turns into a male fest! 2 to 3.5lbers were the order of the day and five feet or shallower. I caught so many I stopped taking pictures of them as it became redundant and I wanted to just keep fishing! Once I worked the swim jig through this area picking off males I swung back through flipping a black and blue Z-Hog on a Trokar flipping hook to see if any females were hold up under the 'land mat'? This worked for a couple bigger fish and few the same size. I caught one about 4.5lbs that I swear was a spawned out skinny female?! I also bumped a male off a bed (I know cause I went back later and he was right back on the spot, not guarding yet but an obvious bed)

The two biggest fish of the day went 6.0 and 6.3 and came from docks on opposite sides of the lake from one another. The 6.3 was the most ridiculous catch I have experienced in some time and honestly there's no way I should have landed the thing as it was Stooges time all the way! I was approaching the lone dock and made a really nice cast to the base of it, problem is I was carrying a little too much momentum still and she bit as I nosed past the end of the dock going the wrong way. Of course she b-lined right back under the dock the same direction I was heading! I kept pressure on her and went for the trolling motor to hit the brakes but I hit the button to soon and took a left instead of reversing and wham, right into the end of the dock (sorry folks). By this time the bass was not only up under the dock but wrapped around the first of two metal poles! I finally got the dang boat backed up and accidentally hit the thumb bar on my reel disengaging the spool, losing control of the fish at the same time. I got the Power Pole dropped and got the reel reengaged and was shocked this thing was still hooked up! I leaned on her a little and she came out around the pole.....only to go around the second pole.....at this point she is stopped, I am bowed up on her and we are just basically staring at one another. She put it in reverse, I got her out from around the pole and sure enough she somehow wedged my line on the ladder on the end of the dock? I swung the nose of the boat over and I think she just gave up as once she came loose the fight was over. As she came along side the boat I lipped her and was honestly surprised at how big she was. Anyways, lucky for me I guess?!

The other 6 was text book, cast, slow roll, wham, hookset, nice fight getting her away from cover and under control, kneel down, photo time, release.

The whole day I could see the next front easing towards me from the south, it got cloudy but never rained or got windy. These fish are going to switch into overdrive with the sunnier warmer weather this week and hopefully get cracking on a spawning season! I was really worried we may not see much of one given this stupid cold Spring! (I had friggin ICE on my windshield this morning and that's just DUMB!) The launch at this lake is jacked up from all the high water and wind, the gravel eroded away from the concrete and there's about a 10" drop / ditch just before the launch. I used the gravel side as it's still viable. Knuckleheads are still parking past the "No Parking" sign as well so it can get interesting getting in and out right now.

5/3/2017 6:26:18 AM
I gotta say, you would probably make an awesome YouTube bassing channel. Thank you for another awesome report! I am heading up to Grandy tomorrow morning to give it a shot. I just picked up a Duckett Ghost and Lews Tourny Pro reel so that will be a kick to try out.

5/3/2017 7:02:46 AM
Branweeds:
Thanks! I have a YouTube channel but just not the time to really commit currently. I am working on a new one geared towards new bass fishermen and folks with a desire to learn or expand their knowledge of the sport. Again, it's just a time issue. Good luck on Grandy! 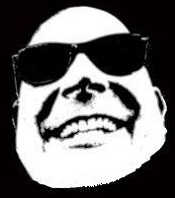